Andrea Battistoni is the new Chief Conductor of Tokyo Philarmonic 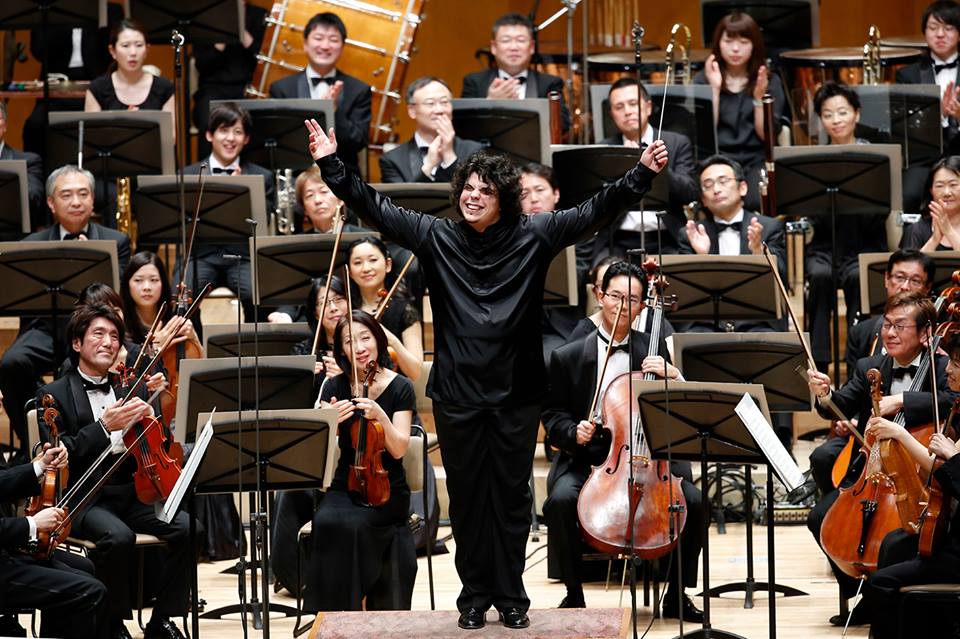 The Tokyo Philharmonic Orchestra (located in Shinjuku, Tokyo, with Hiroshi Mikitani, Chairman) is proud to announce the appointment of Maestro Andrea Battistoni as Chief Conductor, effective from today, October 1, 2016.

Born in Verona Italy in 1987, Maestro Battistoni began taking command of the world stage as a conductor from an early age. Starting in 2006 with numerous performances of symphonies and operas around Italy, his early career included engagements with Deutsche Oper Berlin, the Mariinsky Theater, Dresden State Opera, Stockholm Royal Opera, and more. In 2012, he debuted as the youngest conductor ever to conduct an opera at Teatro alla Scala of Milan, performing “Le Nozze di Figaro.”

Maestro Battistoni’s first engagement with the Tokyo Philharmonic was also in 2012, performing a Nikikai production of Verdi’s “Nabucco.” Our relationship deepened rapidly, as did the breadth of repertoire. Among many great performances, highlights include Respighi’s “Roman Trilogy,” which also became an award-winning CD recording; Mahler’s Symphony No. 1; Gershwin's "Rhapsody in Blue"; and Dvorak's "From the New World." These and more inspired collaborations led to our naming Maestro Battistoni Principal Guest Conductor in April, 2015, which we celebrated with a concert-style performance of Puccini's "Turandot" and Mussorgsky's "Pictures at an Exhibition," both released on CD.

The Tokyo Philharmonic Orchestra has been able to count on such inspired performances since our first engagement with him, and our audiences always anticipate his explosive energy and deep intellect with great enthusiasm. His ideas for our future engagements and his passion for each piece we work on together flow freely and very compellingly, always with great results, and it is in this spirit that he has become the Tokyo Philharmonic Orchestra’s Chief Conductor.

Cookies help us deliver our services. By using our services, you agree to use our cookies. If you close this banner, scroll down the page or click on any element of its consent automatically to the use of cookies even for the next visits to our site. Read our Cookie Policy.